No comprehensive meta-analysis has ever been performed to assess the value of neurofilament light chain (NfL) as a biomarker in genetic ataxia. This study is a meta-analysis to summarize NfL concentration and evaluate its utility as a biomarker in genetic ataxia. Studies were included if they reported NfL concentration of genetic ataxia. The authors used log (mean ± SD) NfL to describe mean raw value of NfL. The effect size of NfL between genetic ataxia and healthy controls (HC) was expressed by mean difference. Correlation between NfL and disease severity was calculated. 11 studies of 624 HC and 1006 patients were identified, here referred to as spinocerebellar ataxia (SCA1, 2, 3, 6, and 7), Friedreich ataxia (FRDA), and ataxia telangiectasia (A-T). The concentration of blood NfL (bNfL) elevated with proximity to expected onset, and progressively increased from asymptomatic to preclinical to clinical stage in SCA3. Compared with HC, bNfL levels were significantly higher in SCA1, 2, 3, and 7, FRDA, as well as A-T, and the difference increased with the advancing disease in SCA3. bNfL levels correlated with disease severity in SCA3. There was a significant correlation between bNfL and longitudinal progression in SCA3. Additionally, bNfL increased with age in HC, yet this is probably masked by higher disease-related effects on bNfL in genetic ataxia. bNfL can be used as a potential biomarker to predict disease onset, severity, and progression of genetic ataxia. Reference-value setting of bNfL should be divided according to age. 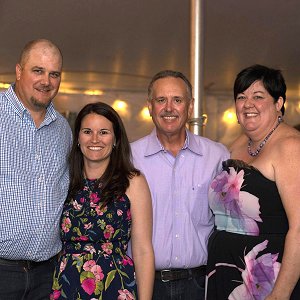