Features of Friedreich's Ataxia (FA) include proprioceptive and cerebellar deficits leading to impaired muscle coordination and, consequently, dysmetria in force and time of movement. The aim of this study is to characterize dysmetria and its association to functional capacity. Also, the authors examine the neural mechanisms of dysmetria by quantifying the EMG burst area, duration, and time-to-peak of the agonist muscle. 27 individuals with FA and 13 healthy controls (HC) performed the modified Functional Ataxia Rating Scale (mFARS), and goal-directed movements with the ankle. Dysmetria was quantified as position and time error during dorsiflexion. FA individuals exhibited greater time but not position error than HC. Moreover, time error correlated with disease severity and was related to increased agonist EMG burst. Temporal dysmetria is associated to functional capacity, likely due to altered activation of the agonist muscle. 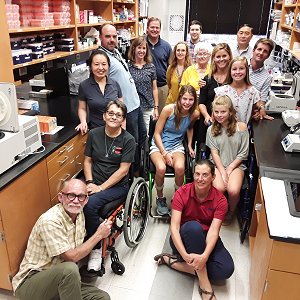