Neurological manifestations in FRDA often precede cardiac involvement, presenting mainly as hypertrophic cardiomyopathy. The authors describe a toddler with apparently isolated severe heart failure, successfully managed with heart transplant (HT). Although well described in adolescents and adults, onset of FRDA is very uncommon in toddlers and neurological ataxic features are predominant. The presenting symptom of cardiomyopathy is very rare. Similar history is rarely reported in literature, including an aggressive cardiomyopathy in children younger than 5years-old. The patient was diagnosed with FRDA at a postoperative stage due to minimal neurological manifestations. Moreover, the novelty of this study lies in demonstrating a major DNA triplet repeat expansion in skeletal muscle compared to DNA from peripheral blood leukocytes. These results support the concept that triplet repeat expansion is variable among different tissues in FRDA, and in this case it was more expanded in the post mitotic muscular tissue than in blood cells. The study highlights the importance of taking in consideration this rare condition even in a toddler with apparently isolated cardiomyopathy and especially when conventional investigations give negative results. The authors discuss the potential trigger effect of heart transplant as a precipitating factor in manifesting neurological symptoms. This observation relates to three patients described so far (the third patient died suddenly). Early onset cardiomyopathy with FRDA should increase awareness of this rare condition and the authors highlight HT successful outcome. Further reports are needed to delineate this rare condition in children. 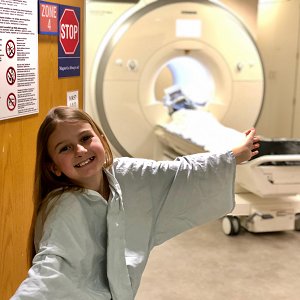